Samuel Harris is the newest graduate of the Hill Bros Driver Finishing Program!
Good job and enjoy your new life on the road, Samuel! 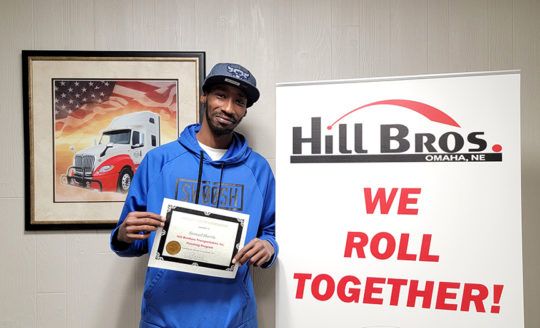 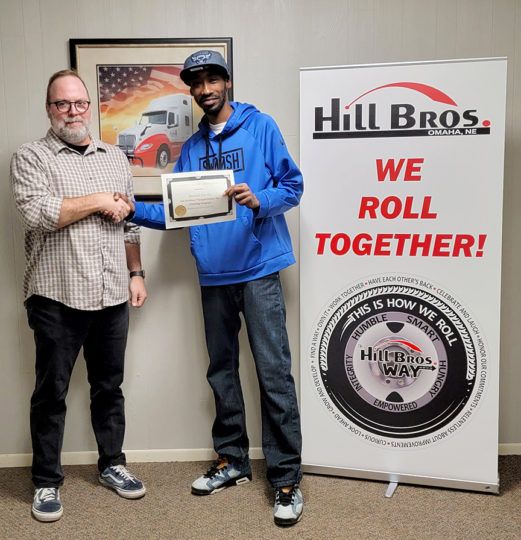 Pictured with Dave Carnaby of the Hill Bros. Safety Office.

The Hill Bros. Wreaths Across America trailer is ready! A bunch of Hill Bros. employees got together for a group picture with the rig. Al Hill entertained us with a “Walk like an Egyptian” dance as everyone lined up. 🤣
Driver, Animal, (Raymond “Joe” Brooks, Jr.) will represent Hill Bros in the Wreath’s Across America event. He and Al examined the set up before the group photo.
Learn more about this event at:
https://www.wreathsacrossamerica.org/ 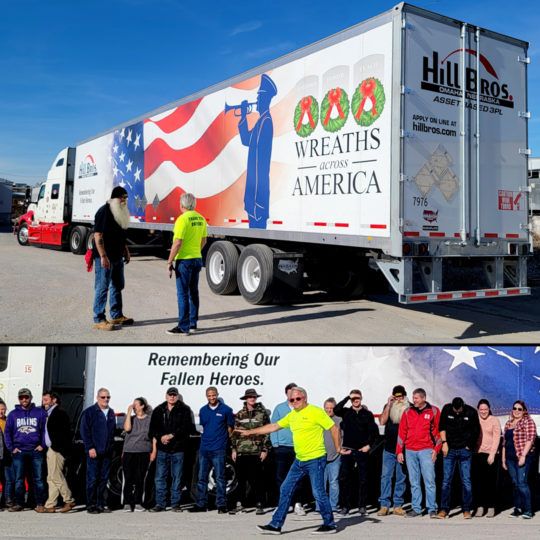 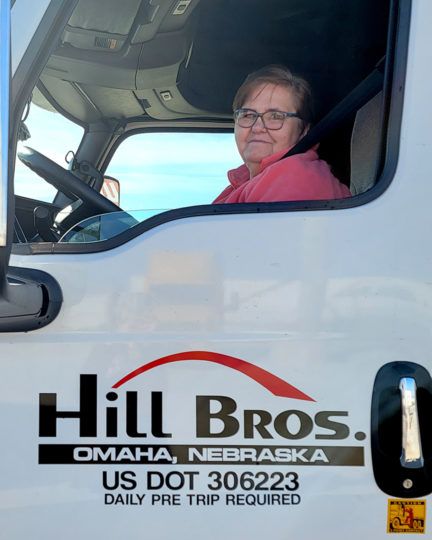 In case you missed it, Ellie’s story (see earlier post) was featured in the Omaha World Herald. If you didn’t get a hard copy, you can read the story in the link below: 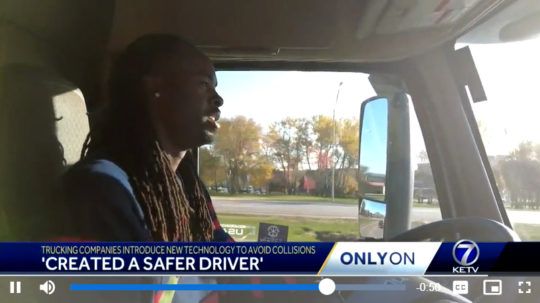 Along with being Cancer Awareness month, November is also Epilepsy Awareness month. Epilepsy is a central nervous system (neurological) disorder in which brain activity becomes abnormal, causing seizures or periods of unusual behavior, sensations and sometimes loss of awareness. Anyone can develop epilepsy. Epilepsy affects both males and females of all races, ethnic backgrounds and ages. Any event ranging from faulty wiring during brain development, brain inflammation, physical injury or infection can lead to seizure and epilepsy. According to the Epilepsy Foundation:

1 in 26 people will develop epilepsy in their lifetime and nearly 20,000 Nebraskans live with epilepsy.

Lisa Kent-Sheer, who works at Hill Brothers in Logistics, is an epilepsy advocate, a member of the State Rehabilitation Council, and a volunteer for the Epilepsy Foundation, as well as living with epilepsy. Lisa was diagnosed at age 18 after she crashed her car for no obvious reason. 6 weeks after the accident she had a grand mal seizure. After testing, they determined she had been suffering from petit mal seizures since the onset of puberty.

“Everyone thought I was just a ditsy, clumsy teenager who was tired from not getting enough sleep,” remembers Lisa.

Originally her doctors tried to treat her epilepsy with medications at first, but after 3 failed medications they recommended surgery. Lisa had MST surgery where slits are made in the brain in hopes to stop seizure activity, unfortunately this surgery did not work. The next surgery was a brain ablation on the right side of her brain. This surgery destroyed the part of her brain where most of her seizures were occurring. Lisa says it was only partially successful, because she continued to have seizures. In 2005 Lisa had a VNS (vagus nerve stimulation) system installed. This involves installing a stimulator to an electrode attached to the vagus nerve in the cranium which controls the heart, lungs, and digestive tract. The stimulator is programmed to send out pulses of electricity at regular intervals. It can also be controlled manually. Lisa has a handheld magnet when brought near the stimulator, creates a current of electricity to stop a seizure as it happens or to make it less severe. The VNS battery is changed every 5-10 years.

With the help of vocational rehab Lisa has been able to complete her Master’s degree in Political Science. Lisa would like to make everyone aware that many people with epilepsy can live mostly normal lives and there are helpful resources for people with epilepsy. Lisa deserves recognition for her resiliency and accomplishments as well as the fact that while she is eligible for full disability, Lisa feels empowered to work full time at Hill Brothers.

You never know when you might be around someone who may have a seizure. For more information about seizure conditions and first aid visit the Epilepsy Foundation website: www.epilepsy.com

View printable version of this story>

Open the November Hill Street News for important updates and follow us on social media for more on the fun and interesting events at Hills Bros:

Ellie Herron was a driver, and a State Champion, for Hill Brothers for well over a decade. She was diagnosed with cancer and had to come off the truck. For years, she continued to serve Hill Brothers in operations and recruiting, while she battled her disease. Here is the best part of this announcement: Ellie fought and won that battle and is now cancer free! Shortly after her clean bill of health, Ellie made a heartfelt declaration that she wanted to return to the road. For the last 6 weeks, she has overcome hurdles and obstacles and is now, once again, a certified CDL-A holder, and a qualified Hill Brothers Driver.
We couldn’t be more proud of her and are thrilled to see her return to the work she loves!
Please join us in congratulating Ellie and wish her God Speed and safe travels!
Please see our video on Ellie posted on Youtube!
https://youtu.be/7NEqhwEbkaM 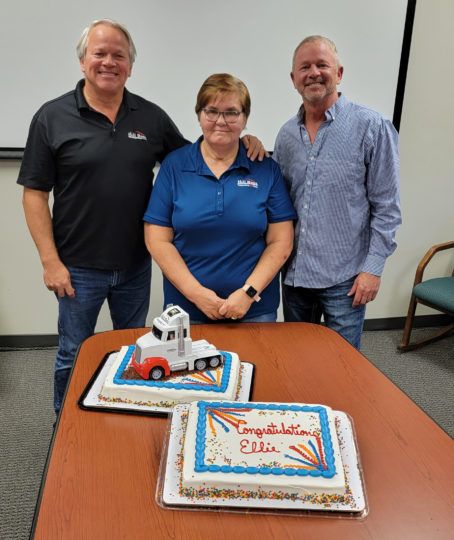